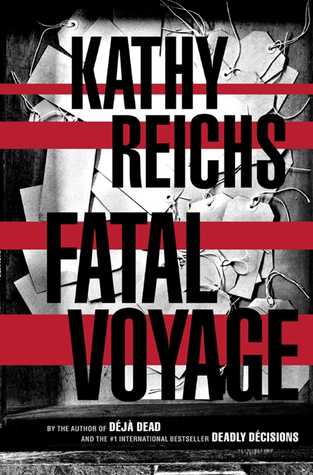 Brennan appears on the crash site and shocked with the devastation after the plane crash. Wreckage and body parts scattering around the crash area. The plane carried eighty-two passengers and six crews, involving the UGA soccer team.

Brennan begins to feel worried about her daughter, Katy's whereabouts. She keeps calling Katy, hoping that her daughter is not one of the crash victims.

When Katy's name doesn't appear in the passenger list, she feels relieved but a sense of guilt pushes her to start work as she realises the children of others lay dead on the mountain.

Andrew Ryan appears at the crash site, saving Brennan from the pack of wolves. Ryan's partner, Bertrand is also one of the victims of the plane crash. Two months ago, a small-time trafficker was found dead in a car. Remi Petricelli or known as Pepper is the main suspect. When the locals found evidence against him, Bertrand agrees to escort Pepper back to Quebec from Georgia. If Pepper willing to cooperate with the police, a lot of his friends will be in trouble. This leads to the suspicion that the plane crash is not an accident if some powerful people wanted Pepper dead. The Canadian government has requested for Ryan's involvement since a Quebec law officer had been on a plane.

Brennan starts to examine the body parts to match with the list of victims. However, the foot that they rescued from the coyote doesn't match with any passenger from the plane. There is a possibility that someone has boarded the plane without being listed or probably someone has been transporting a biological specimen.

Halfway working at the crash site, Brennan receives an anonymous complaint of mishandling evidence and also trespassing on an abandoned house which situated near the crash site. The anger to the dismissal doesn't stop Brennan from finding the identity of the unknown foot. Is the foot belongs to an unlisted passenger or someone carried the foot on board? Or the foot is unrelated to the crash?

After the dismissal, several incidents have occurred which tends to threaten Brennan's life. Who wants to stop her from the investigation and why?

The story begins with a plane crash but the entire story is to investigate the unknown foot which Brennan found on the crash site. There were many irrelevant descriptions or details in the story. Although technical terms are unavoidable in the story but I will appreciate if the author provides another low-level description as a backup for the technical terms.

Despite the overly-detailed writing style, I felt this story is the best so far, compared with all the previous ones in this series. It was an interesting storyline. I don't know if I had changed to be more acceptable or I had successfully separated my expectations and differences between the tv show and the novel but I hope the next story will be as good or better than this one.

Rolling with the Punchlines, Urzila Carlson

Just Mercy: A Story of Justice and Redemption, Bryan Stevenson