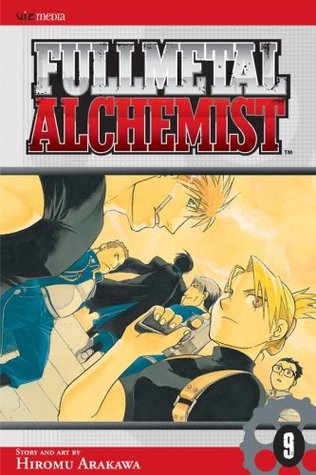 Edward, Alphonse, and Winry return to Central, where the Elric brothers intend to do more research on the Philosopher's Stone and its whereabouts.

After knowing Mustang is investigating the death of Maes Hughes, Lust and Envy come out with a different plan. Meanwhile, Second Lieutenant Maria Ross is charged with the murder of Maes Hughes as the real assassin.

When the Elric brothers arrived at the Central, they eager to see Maes Hughes. Colonel Mustang hides the truth of the death by telling them that Lieutenant Colonel Hughes has moved to the countryside with his family.

Second Lieutenant Maria Ross explains to Major Armstrong about the missing bullet when she helped the Elric brothers at the 5th research institute. The bullet used to kill Maes Hughes is the same used by the military. Although she was with her parents on the assassination day, their alibi is rejected due to the close relationship. Cadet Brosh came and wanted to support Second Lieutenant Maria Ross's story but he wasn't allowed to enter the building. Major Armstrong begins to feel suspicious.

The military police arrive to take charge of what's left of the escaped convict but the body is now unrecognizable due to Colonel Mustang's excessive force.

Later at the morgue, Major Armstrong apologizes to the boys for not telling of Hughes death earlier. Edward begins to feel responsible for the death as he was the one that got Maes involved in the first place. Armstrong apologizes to Colonel Mustang for his subordinate and then breaks down from his grief. Mustang suggests that Armstrong take some time off to recuperate from the recent events and suggests that he heads to the east to a region that Colonel Mustang was stationed at.

The Elric brothers return to their quarters to tell Winry of Maes Hughes death but realizing when they find she isn't there that she has already learned of the death from the newspaper which Ed left behind. Winry meanwhile has found her way to the Hughes family house. The Elric brothers are waiting back at their quarters for Winry to return when they receive a phone call from Mrs Hughes telling them that Winry is at her house in a bad state and they should come to pick her up. When they arrive at the Hughes home to pick up Winry, the Elric brothers decide to tell Mrs Hughes why her husband was killed. They tell Mrs Hughes that Maes was most likely killed while researching the Philosopher's Stone for them in an attempt to warn the brothers off and stop them from getting involved any further. The Elric brothers are considering giving up their search for answers but Mrs Hughes tells them that if they give up, then her husband died for nothing. She encourages them to continue to try and find an alternative solution even if the Philosopher's Stone is not the correct answer.

In the meantime, Lust, Envy, and Gluttony discuss how their plans went well and Colonel Mustang took the bait. Another thing they didn't expect was for Barry the Chopper to show up to rescue Maria Ross out of jail. Lust is not happy that Barry is still around and decides to send Barry's old body, not inhabited by another soul, out after him.

After the recent incident involving the death of Maes Hughes, Winry feels worried that she will never see the Elric brothers again if they keep travelling but at the same time, she wants them to keep looking for the solution so that Alphonse can restore his old body. Their conversation is interrupted by a knock on the door. When Edward opens the door, Major Armstrong gives him a strong punch and insists that Edward's automail is broken. Major Armstrong hauls him away stating they are off to Resemboul to have his automail fixed. As Edward is being hauled away, Rin Yao shows up by sneaking through the window.

Colonel Mustang's conversation with his lady friend is still continuing. The story shifted to the safehouse where Barry and Vato are living there. Barry detects a presence but is unsure what it is. It turns out it is Barry's body that has been drawn to its original soul. Vato can't take control of the current situation and Barry is battling with the body. Lan Fan (one of Rin Yao's bodyguards) senses what seems to be a large group approaching. A masked assailant bursts in and they assumed he is one of the attackers. They take the fight outside despite the possibility there may be more attackers waiting for them. Vato finally recognizes the masked fighter as Lieutenant Havoc. Despite being outside, there is a strong odour coming from Barry's body. The body is starting to get the upper hand, but just in the nick of time, a shot rips through the creatures hand. It turns out Riza Hawkeye has been perched high in a tower nearby and has just sniped the body. She is also in contact with Colonel Mustang Mustang via radio and it turns out that the Elizabeth that Colonel Mustang has been talking to all day has really been her with Master Sergeant Kain Fuery patching through the phone call to the radio.

Barry then only realised that is his body which is looking for its original soul. He comes to the conclusion that when his souled was ripped from his body, the researchers had placed some lab animals soul in his old body. He feels that his old body and its new soul are incompatible which is resulting in his body rotting away. Barry wants to chop it up but Lieutenant Havoc won't allow him. Riza Hawkeye sees the argument from the tower and relays that information to Colonel Mustang, but before she can continue the conversation, she senses someone is behind her. It appears to be Gluttony and she manages to shoot him but it doesn't appear to have any effect. Meanwhile,  Lan Fan surprises Envy who is hiding nearby and they prepare to fight. After losing the contact with Riza Hawkeye, Colonel Mustang fears the worst and he rushes to help.

Chaotic. A lot of imprisonments until I have lost count with the…