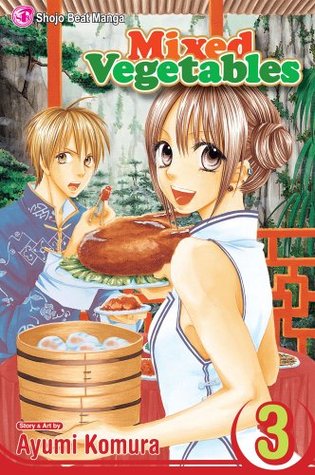 Ashitaba finally found the taste of the omelette that she has been searching all these time. Hyuuga's father offers her an opportunity to work as an apprentice in his sushi restaurant. This opportunity leads her to gather up the courage to tell her parents about her dream to become a sushi chef.

When Ashitaba tells her father about being a sushi chef, her father disapproves and insists that she must take over his pastry shop. Besides, she will be the best choice to take over the shop because her father has passed all his knowledge and skills to her. Ashitaba's teacher can sense that Ashitaba already told her family about her preference. Ashitaba begins to doubt her decision when her teacher tells her that she has great talent in baking.

Then, her teacher retracts what she said as she realises this might not be the right thing to do to her student. She feels her student should choose what she wants to do and learn from failure instead of choosing an easier path. Matsuzaka-sensei encourages her to chase for her dream and she will try to convince her parents during her home visit next time.

Ashitaba tries to talk to her father again but it doesn't work. She runs away from her house and looks for Hyuuga. Hyuuga advises her to return home so that her family won't need to worry about her. Then, Hyuuga's father teaches her how to make her first nigiri sushi and he asks her who she will give her first nigiri sushi?

Hyuuga accompanies her to return home and tells Ashitaba's father that she wants to give her first nigiri sushi to him. He even confesses to her father that he is the one who encourages her to chase her dream because he experiences the same dilemma as her. Although he is the son of a sushi restaurant's owner, what he wants is to become a pastry chef. Hyuuga leaves the house after that and Ashitaba's father tries the nigiri sushi and breaks into tears.

Ashitaba finally has her father's permission to become a sushi chef. Hyuuga's help which has changed her father's mind leads her to realise that actually, she has fallen in love with him for quite some time. Ashitaba submits her future plan questionnaire and her only answer is to become a sushi chef. Then, she finds out that Hyuuga's future plan is to take over his family's sushi restaurant.

Meanwhile, Ichii seems upset with Ashitaba because she feels being left out in Ashitaba's life. In order to make an amendment for their friendship, Ashitaba tells her that she has fallen in love with Hyuuga and at the same time, she needs to push him out of the sushi restaurant so that he has the courage to chase his dream to become a pastry chef.

Ashitaba starts her training in Hyuuga's sushi restaurant. She meets his mother who advises her to start with serving tea to customers so that she will have more understanding with what the customers want for their food.