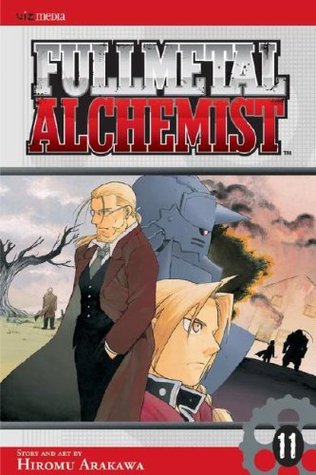 Alphonse is surprised when Pinako Rockbell tells him through the phone that  Edward has not yet arrived at Resembool. At that stage, he and Winry are in need of money to fix his arm and also their lodging expenses.

Meanwhile, Edward faces his father, Van Hoheimheim in front of his mother's grave. He strongly rebukes his father's action of leaving them when he was young and now he is angry with his return. Before Hoheimheim leaves, he warns Pinako to leave the country as there will a terrible event going to occur in the country soon.

Alphonse hopes to meet his father to talk about the alchemy which leads to the conversation about Rin Yao's father. Rin Yao's father is an Emperor who has 24 sons and 19 daughters. Recently, the Emperor is ill and various clans of Xing are planning a succession war. Rin Yao's only hope is depending on the Philosopher's Stone and any legends related to it.

At the hospital, Colonel Mustang is greeted by Dr Knox. With the help of Dr Knox, a war buddy of the Colonel and also a coroner, he autopsied the false body and identifies that the burnt corpse is 2nd Lieutenant Ross. Meanwhile, Havoc's lower body is paralysed due to the spinal cord injury. 2nd Lieutenant Heymans Breda suggests the use of automail but Havoc explains that the nervous system of his lower body has been completely severed and automail will be impossible for his case. Breda feels that Havoc is not suitable for the retirement life and suggests to the Colonel that Dr Marcoh may be able to use his medical knowledge and the Philosopher's Stone to heal Havoc's legs. The Colonel immediately sends the 2nd Lieutenant off in search of the elusive doctor.

Unfortunately, before Breda arrives, Dr Marcoh has been threatened by Envy who has impersonated as Breda in military uniform.  He has to follow them to go to Central. A short time later, the real Breda arrives and no answer from the house when he knocks on the door. He asks the passerby and the passerby mentions that Breda had come to see the doctor not long ago wearing a military uniform. Breda realises that something is not right and barges inside to find the place is ransacked and the doctor is not there.

Alphonse tells Winry and Rin Yao that his body is like a time bomb. The rejection of a human soul in an iron body is like waiting for a bomb to explode. He needs to find his original body as soon as possible before the rejection.

Meanwhile, Edward asks Pinako for her help with a task. She agrees and they head over to where Elric's house used to be and begin digging around an old tree. Eventually, they find the correct spot and unearth the body that Pinako buried on the night that Edward and Alphonse tried unsuccessfully to bring their mother back to life. After Pinako closely examines the bones and whatever else is left of the body, she determines that this body is in fact not the body of the boys' mother which is a relief to Edward.

In the town, Yoki comes upon Mei Chan and Xiao-Mei lying down on the street. When he wants to find any valuable belonging from her, Xiao Mei attacks him. Mei Chan feels grateful to Yoki for saving them from starvation. She is looking for Edward and Yoki promises her that his servant will be able to locate him.

In the meantime, a state alchemist with the title 'Silver Alchemist' is confronted by Scar. They fight to the death and Scar kills the Silver Alchemist.

After Edward and Pinako bury the body with unmarked grave, Edward calls Izumi to ask her about the baby that she tried to bring back last time. Since the life that the boys transmuted was not their mother, he asks her if the life she transmuted was really her baby, but she was unhappy with the question.

Edward finally visits his mother's grave before he leaves to go back to Central. Pinako passes on a message from his mother to be delivered to Van Hohenheim.

When Edward returns to Central, he finds out that Alphonse is severely damaged. After Edward transmuting him back to normal, he tells Alphonse that he and Pinako had dug up the body and the body wasn't their mom. Edward starts to believe that Alphonse's body is still alive but trapped on the other side of the portal where Truth resides.

The conversation is interrupted by a phone call by their master. Izumi has confirmed that the baby that they transmuted doesn't have any relations to her and her husband. This confirmed to Edward that the dead were truly dead and couldn't be brought back, but since he had been able to bring Alphonse's soul back and install it in the suit of armour, it also proves that Alphonse's body was still alive somewhere. All three alchemists feel guilty about bringing back their loved ones only to watch them die again and at the same time, they feel relieved that they hadn't brought back what they thought they had. Alphonse wants to get his body back but he doesn't want other lives being sacrificed because of that. Edward has the same thinking as well.

Havoc has given up himself and plans to retire and work at his family's general store. Colonel Mustang never gives up on Havoc. He strongly objects the idea and challenges him to meet at the top.

Meanwhile, Major Armstrong receives a notification and he needs the others to inform the Colonel and the Elric brothers that Scar has returned to Central.

Scar returns to find that Yoki has brought home two strays, Mei Chan and her panda Xiao-Mei. Before Scar sends her away, she recognizes the tattoo on his arm as a form of the purification rites Xing uses in its form of alchemy.

Back at the hotel, the Elric brothers and Winry are discussing Alphonse's body. The Elric brothers are trying to find out how to open the door again without sacrificing anything but it requires a fee to pass through the portal. They need more information and hopefully can ask one of the Homunculi about it. When they are trying to do some investigation work, Sergeant Brosh is looking for them and he tells them that Scar is still alive. He asks them to return to the hotel for the sake of their safety.

The return of Scar reminds Edward to tell Alphonse that Scar is most likely the killer of Winry's parents, Dr and Mrs Rockbell. Edward comes up with a plan to lure the Homunculi from their hiding. He plans to attract and face Scar which should bring out the Homunculi to protect him since he knows how to open the portal. Rin Yao and Ran Fan suddenly appears from the window and suggest to help the Elric brothers since he also wants to know more about the homunculi.

The Elric brothers perform a lot of alchemic deeds around the town to gain attention to lure Scar out. When they are sitting at the cafe, Colonel Mustang and Riza pull up to the curb near them. The Elric brothers follow them and they exchange information in the car. As the discussion continues, Scar appears in front of them. Scar and the Elric brothers are engaging in battle while Rin Yao and Ran Fan watch from the top at a nearby building. As the fight continues, the Colonel and Riza keep providing false location via the radio to keep the military away from the real battle.

Führer King Bradley, the homunculus Wrath in disguise, and Gluttony both make their way towards Scar. Gluttony has smelled Scar and eagerly anticipates eating him. At the same time, Rin Yao and Lan Fan sense the presence of the approaching Gluttony and prepare to engage him. While Rin Yao and Ran Fan are questioning Gluttony after ambushing him, Ran Fan is seriously wounded by Wrath's sudden attack.

Edward's father, Van Hohenheim and a few other people are in a…