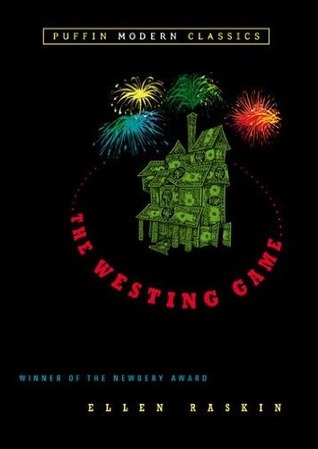 An uncommon-looking delivery boy is riding around town slipping letters under the doors of the chosen tenants-to-be. The delivery boy was sixty-two years old, and there was no such person as Barney Northrup although the letters were signed with that name. In one day he had rented all of Sunset Towers to the selected tenants. A dressmaker, a secretary, an inventor, a doctor, a judge. Also, there is one was a bookie, one was a burglar, one was a bomber, and one was a mistake.

There is a mansion on the north cliff which hasn’t been lived for fifteen years. A wire fence had been installed along the north side of the building with ‘No Trespassing’ sign. Rumour says that the old man is already dead and his rotting body is on the Oriental rug. When there is a smoke comes from Old Westing’s chimney, most of the Sunset Towers’s residents were surprised and curious. Only Chris saw a limp man went to the mansion before the smoke.

The sixteen residents are called to gather for the reading of Samuel W. Westing’s will. Any of them can be chosen to inherit his vast fortune, but before that, they need to play a game to find the murderer.

The rules of the game are as following:

The heirs are being paired as follows:

The entire story focuses on the given clues and how the heirs perceive them differently. Judging by the high ratings of the book, I thought it will be an exceptional story. It wasn't outstanding but I loved how the game ended and the story about the characters' lives after the game. It was a happy ending although most of the characters in the story are depressing during the game.

Rating: ★★
More reviews can be found on Goodreads: The Westing Game.

Ben Brice lives alone in the New Mexico wilderness, struggling with the…