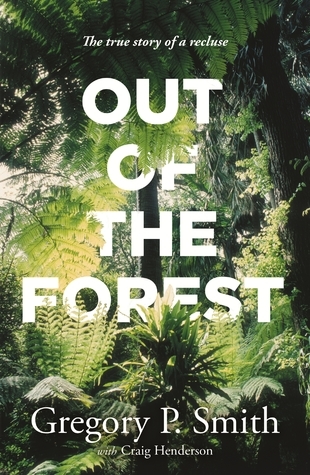 This book came to my attention last year when I read an article or news about a homeless man who lived in the forest but later became a professor. Who wouldn't get captured by such inspirational and miraculous story which gives hope to anyone especially for those who are still seeking for their life direction?

Gregory Smith's father was a violent alcoholic, and his mother wasn't someone that you will expect any kind words from her. Gregory and his other four sisters never expect their life can be worst than that although they had adapted to their parents' vicious criticism and violence. They were taken to an orphanage in Armidale and remained there for the next two years until reclaimed by their parents. Life in the orphanage had changed Gregory.

During his entire teenage life, Gregory involved in numerous fights, struggling to learn, and was regularly in trouble with the law. He had been admitted to the juvenile detention centre several times, and it didn't change him to be a better person. From a juvenile offender, he entered into adulthood as a violent alcoholic himself as well.

His childhood memories had never offered any positive relationships, which later caused an effect on his communications and trusts to others. He couldn't grasp the friendship that he bonded with others, and the lacking of normalcy in all the relationships throughout his childhood life had made him incapable of maintaining his first marriage.

When the time he moved to the forest, he had become a heavy drinker and also a drug user. However, having the entire forest for himself had calmed him, and he enjoyed the peace and the quietness of the forest instead of the chaos of the outside world.

I was dumbfounded with the list of remarkable accomplishments that he had achieved after he emerged from the forest ten years later. Through this book, I've realised how lacking our patience and understanding of the homeless and others who are struggling in their lives. We tend to judge and have negative perceptions about the homeless. It never comes to our mind that they are not as lucky as us, having good people to help us when we experience hard times.

It was so true that we take for granted for some of the basic knowledge that we have, and we tend to assume that everyone should know how to survive in this world. When I read about Gregory's question to the student counsellor on how to find a place to stay, I was angry with the counsellor's response as well. Although from a different perspective, we can assume the counsellor had no idea that he is homeless at that time. However, from that particular part of the story, it gave me a valuable lesson. Learn to think from various angles, and everyone has a unique situation even if it is something uncommon or rare scenario. Also, it acted as a reminder to me to be more patient and be thoughtful, especially to the vulnerable ones, and one inconsideration might hinder their effort to get their lives back on track.

A better summary of Gregory's life can be read from here: Out of the woods.

Rating: ★★★★★
More reviews can be found on Goodreads: Out of the Forest.

The Stranger Beside Me: Ted Bundy The Shocking Inside Story, Ann Rule