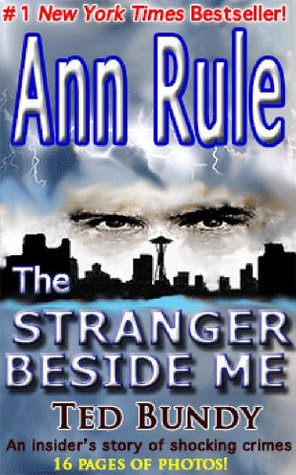 My expectation for this book will be a story mainly focusing on Ted Bundy's life and also some of the key characters such as his family, Meg Anders (his ex-fiancee) and Carol Ann Boone (his ex-wife). Unfortunately, those important people were briefly included in the story once in a while, as the author wanted our primary focus is her story with Ted Bundy.

I was really disappointed with this book. Luckily, the first book which I read from the author was 'And Never Let Her Go: Thomas Capano: The Deadly Seducer' and the story was more fascinating than this book. The author was trying so hard to find some connections between her and Ted Bundy, although it gave me the impression that they were just acquaintance. Also, she seems trying to limit the story of other people around Ted Bundy so that her story with him will gain more exposure than the rest. Sometimes, I wonder if the story will be more interesting if she limits her story in this book. It doesn't seem right to me when some irrelevant stories of her personal life were kept included in a book about Ted Bundy and sometimes, she even compared her situation which she found quite similar to Ted Bundy's life.

I guess Ted's reputation for his crime had caused the author to kept insisting that she wasn't in love with Ted. I trust her for that, but I can't deny believing that she was also one of Ted's pawns, and her empathy and kindness had been manipulated by him. I feel bad for being judgmental if I say that his charm had made an acquaintance to help him more than what she should do. I just think that it didn't make sense that a former policewoman like her, kept helping him when all the evidence were laid out in front of her. Once again, I feel guilty about judging her motive for staying as his friend. I quite like the author, and I feel bad that I have several negative views about her.

Overall, the story was quite intriguing, minus the stories and correspondence between her and Ted Bundy and also the ending. The ending seems never ends. It's like Ted Bundy's execution dates. When I thought I had reached the final chapter, there were excessive details of prologue and afterthought. It seems I never able to finish the book in a better manner.

Rating: ★★
More reviews can be found on Goodreads: The Stranger Beside Me.

Willem and Jude are looking for an apartment to rent. Although the…

Out of the Forest, Gregory Smith