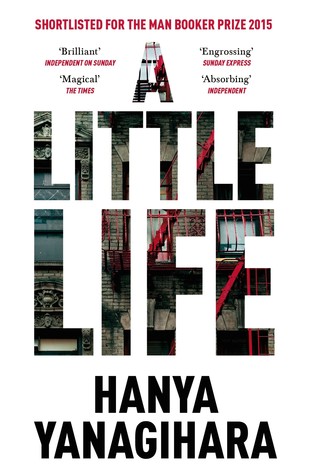 Willem and Jude are looking for an apartment to rent. Although the apartment is on the eleventh floor and only has one closet, they agree with it, but unfortunately, the estate agent rejects their application due to their financial background.

Their friend JB pull some strings with his colleague, who is renting for her aunt. The apartment is not impressive, but there are no other options for Willem and Jude due to their limited budget. Meanwhile, Malcolm is living with his wealthy parents and considering whether he should move out. Although he has financial support from his family, he wishes he has more personal space for himself. JB, who is a painter of Haitian descent, is proud of his family and being raised by his single mother, he considers himself is luckier than his friends.

Willem's feeling for Jude is complicated as it always mixes of love and fear. Jude walks with a limp, but he never reveals much about his health and remains mysterious with his past. Willem cares about him and wants to help him, but he knows Jude doesn't want others to see him in pain and he rarely asks for help as well.

The story digs deeper into their personal life, which includes their complicated relationship with their family. Willem's relationship with his parents, which involves his late cerebral palsy brother. As for Malcolm, he feels insecure with his biracial identity and also struggling with his sexual interest and professional accomplishments. Although money is never an issue for him, he has to face the confusion with his sexuality and his lacking of interest in his work.

Willem has been suspecting Jude for his suicidal actions for quite some time. He even discussed it with Malcolm at Malcolm's house during summer when Malcolm asked him whether he realised Jude is always wearing long sleeve shirts.

The story delves into Jude's world, which involves of Willem, Harold, Ana, and Andy. Ana was briefly told in the story as his social worker who passed away several years ago, and she was one of the persons that he trusted the most in the world. When she was still alive, she took care of him and always remained supportive and encouraging to Jude. Harold is Jude's former professor, and later Jude works as his research assistant when he was studying law. Harold loves Jude. Both he and his wife treat Jude very well as their own child. Harold's constant caring towards Jude makes him keeps questioning himself for the reasons which caused such tremendous interest from Harold. From time to time, he struggled to trust Harold due to his past. He feels anxious if Harold tries to know more about his childhood, but at the same time, he admires Harold and loves to spend time with him.

Andy is Jude's friend since their college time. Andy is also his doctor that he only sees whenever he has cuts and other illnesses. Andy has the right to hospitalise him due to his continuous self-harming behaviour, but Jude knows that he can trust Andy and Andy chooses to continue treating his cuts although he insists Jude to seek for help.

The story begins with the post-college life of four best friends and slowly progresses throughout their life as well as their health, relationship, and career advancement. At the beginning of the book, I have no idea how I'm going to finish this book, which is over 700 pages with the story of friendship and the lives of four men. It doesn't impress me much, and I have the feeling that this will be a struggle for me.

However, the story is getting more mysterious when it provides more vague details about Jude's past. When it reaches the part of telling Jude's life, the story just scattering bits and pieces here and there which can be a trap and I was so tempted to find out on the Internet about Jude's childhood life. Reading the story feels like walking into a cave, and as you go further and the cave is getting darker, a colony of bats flies out from nowhere without you knowing it beforehand. Somehow, my mind is like telling me 'Now we're talking' when I was so engrossed with Jude's story after reading so much of his friends' life before this. Sometimes, when I was so focused on other parts of the story, the author drops a bombshell about Jude, and I keep thinking of Jude. Jude's traumatic life made me want to know more about him as if he's a real friend that exists in my real life. I have to admit that this book started to suck me in when I was on page 100-ish.

What I loved about this book is the story also consists of each characters' inner thoughts after each incident and their personal feelings about their friends, which they never had the courage to express openly among them. It's always a mixture of feelings, but their caring and forgiveness for each other and the strong bond of their friendships are never written off in their life no matter how hurtful they felt by any of their friends' words or actions.

Besides the length of the book, reading about Jude's childhood memories was one of the most struggling things to me. Sometimes, I wondered what had Jude done to the author, or someone with the name of 'Jude' had hurt her so much in her life, or she really hates that name which caused her of giving him such horrific life. It was disturbing and torturing to read as his past slowly revealed throughout the book. It was full of anger, outrage, bitter, sad, and tormenting when every time I was led to visit into his past. There was one point that I wish that will be the last piece of his childhood memory that I need to know as I couldn't bear it anymore.

Rating: ★★★★
More reviews can be found on Goodreads: A Little Life.

This story focuses on Sally, who grows up in a convent after…

The Stranger Beside Me: Ted Bundy The Shocking Inside Story, Ann Rule