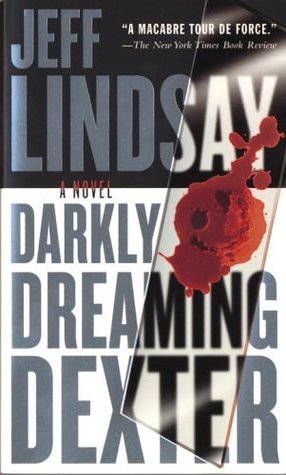 One-Sentence Summary: A serial killer who kills for justice thought he has 'sleepwalking' and killing people without his knowledge but the actual killer is someone who is close to him whom he has forgotten of his existence.

The narrator of the story is Dexter Morgan, who works for the Miami-Dade Police Department as a forensic blood spatter analyst. The story begins with his inner voice which he refers to as "Dark Passenger". The "Dark Passenger" persuades him to kill his target, a priest and is also a paedophile who Dexter believes that he should disappear from this world. Dexter's hobby is to kill any criminals or undesirables that are failed to be punished by the legal system.

Dexter's adoptive sister Deborah works as a cop. She asks Dexter to help her to solve a case related to three murdered prostitutes. Dexter is fascinated with the killer's neatness in his killing and most important, they share the same desire. He has a great interest with the killer, but Deborah needs his help to solve the case so she can join the Homicide Squad.

While Dexter is searching for the killer and admiring the killer's work, the killer left a few clues and the clues are getting more personally targeting to him. A rearview mirror was found with the decapitated body, and a decapitated Barbie doll was found inside his freezer. Besides the clues, Dexter also has dreams related to a series of murders. Did he murder someone during the sleep or is his ability to read the serial killer's mind?

Reading the story made me felt as if I'm reading a serial killer's diary. The story describes how Dexter knows that there is something missing inside of him, things that he does to hide his abnormalities, and his struggles to have feelings as a normal human being. His inner thoughts as a serial killer were very realistic. Unfortunately, I don't have the interest in the case, and I felt there was nothing extraordinary about other characters. I appreciate the sarcasm, but it doesn't help much to reduce the plainness of the writing style, which probably is the reason that it doesn't attract me to read the next book.

One-Sentence Summary: Maura was trapped in the heavy snow with a group…