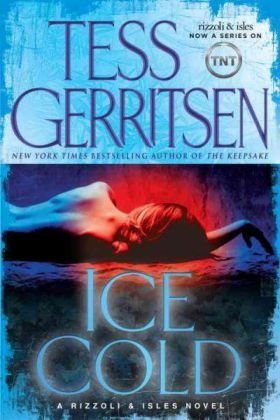 One-Sentence Summary: Maura was trapped in the heavy snow with a group of acquaintance but accidentally found an abandoned village (Kingdom Come) which is a cult village with young girls married to their spiritual leader.

Maura travels to Wyoming for a medical conference. At the conference, she meets her old friend Doug and he invites her to join him and his friends to a ski trip. Unfortunately, their SUV stalls on a mountain road with heavy snow and leaves them stranded with no help in sight.

Before the night falls, they seek shelter from the blizzard in the remote village of Kingdom Come. There are twelve identical houses, and all of them are empty. They enter one of the houses and found abandoned meals on the table. While they are warming up themselves in front of the fireplace, they wonder who will be able to find them at such a remote place.

On the next day, the group wandering around the village. They are curious to know what had happened to the twelve families there. They found the same portrait and a vehicle inside each garage. Maura even spotted a religious book in the house, indicating the portrait probably is the community's spiritual leader.

Meanwhile, Daniel couldn't reach Maura on the phone and asks Jane for help. When they found out that Maura didn't return her rental car in Wyoming, Jane and her husband Gabriel, travel to Wyoming together with Daniel to track her down. What they found is a murdered couple who related to a religious community, a charred body and also Maura's luggage tag.

I'm trying to figure out whether it's my understanding problem or is this a plot hole. The story begins with a 13-year-old girl named Katie was forced to married to a spiritual leader, and this marriage happened sixteen years ago. Then, sixteen years later, the social worker Cathy tells the story to Jane that she lost her best friend Katie sixteen years ago. She finished college and works as a social worker. One day, she received an emergency case about a young woman who was haemorrhaging after giving birth in the Plain of Angels. It was her friend Katie, and she was only twenty-two when she died. So, sixteen years ago, Katie was supposed to be thirteen years old or twenty-two years old?

I don't know why I'm so captivated with this series. After reading the eighth book, I still quite like the storyline although sometimes, I have a few questions with the consistency. For example, the ending seems doesn't stick well with the story, and the plot twist comes from nowhere. But the best part of the story is Maura has decided what to do in her relationship. Finally, I don't have to read their indecisive relationship, and I feel less sinning too.

One-Sentence Summary: A serial killer who kills for justice thought he has…

"The difference between the attitudes of these two girls - Sondra…