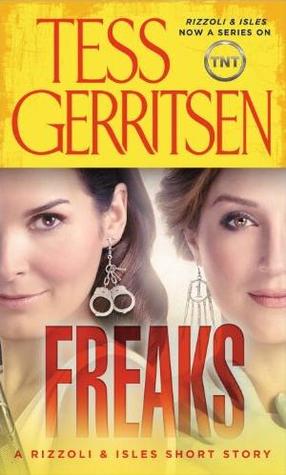 A short story of Jane and Maura investigating a corpse found beside the coffin. The body is identified as a seventeen-year-old girl named Kimberly Rayner. On the satin pillow inside the coffin, they found half a dozen black strands of hair.

At the same time, an eighteen-year-old boy named Henry Lucas is found outside the building, trying to flee. When he is questioned by Jane, he admits that he is Kimberly's friend, and he claims that they are different from others. They are vampires.

Kimberley's father wants justice for his daughter and convinced that Henry is the murderer. However, the autopsy reveals a different story which leads to an unexpected killer.

I quite enjoyed reading this short story which involves something different such as vampires. Also, both Jane and Maura are applying their investigative and scientific skills, respectively, to convince us that from their perspectives, vampires never exist in the world.

One-Sentence Summary: A martial arts teacher seeking for the truth of her…

One-Sentence Summary: A serial killer who kills for justice thought he has…