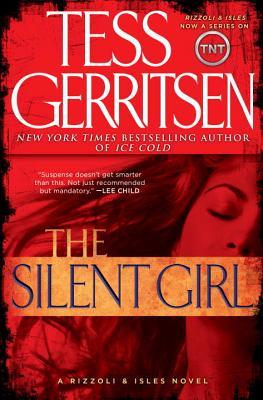 One-Sentence Summary: A martial arts teacher seeking for the truth of her husband's death for nineteen years, and she believes their best friend is not the killer.

A severed hand is found on Beach Street at Boston's Chinatown by a kid from the Chinatown Ghost tour. On the rooftop of a nearby building, Jane and Frost found the remaining body lying on a congealed lake of blood.

The victim is a woman, and she owns the gun which found nearby the severed hand. The GPS in her abandoned car provides two addresses, and one of them is an address to a martial arts training centre. Coincidentally, the owner's husband was a victim of the massacre incident which occurred at Red Phoenix restaurant nineteen years ago. Mr Wu, the cook of the Red Phoenix restaurant at that time, was believed to be the killer of five people and then shot himself dead. According to Zucker, who is the criminal psychologist that handled the case at that time, there was a series of bad things that occurred after the massacre incident. The technician was killed in a car accident, and Ingersoll's wife had a stroke and later died. And then two of the victims' daughter suddenly disappeared.

The owner of the martial arts training centre, Iris Fang, posted an ad on the anniversary of the massacre which claims that the killer is innocent. The families of other victims accusing her of sending notes to them every year on the anniversary of the incident. Iris Fang believes that the real killer is someone else. Meanwhile, the other victim's mother wondering whether the killing is related to a mafia business.

This story puts more focus on Jane compared with the previous book. Maura was less involved in this story, but a few characters related to her life in the last story was mentioned in the book. This is something refreshing to read as the author is trying something different, such as background setting in Chinatown, martial arts and ancient Chinese folklore.

I really enjoyed reading it but personally disappointed with the ending. I felt the ending has ruined the author's effort after putting up such a great story from the beginning. It was going so well throughout the story except the ending. The ending was complicated, dramatic and a bit cheesy for me. As usual, the final piece of the puzzle comes from nowhere or someone that had been mentioned earlier in the story. The ending was often a random one, and a connection was built out of nowhere, such as Detective Tam's connection with the case was added out of sudden. The plot twist didn't seem convincing to me but was forced to accept it.

Rating: ★★★
More reviews can be found on Goodreads: The Silent Girl (Rizzoli & Isles #9) by Tess Gerritsen.

Maura meets an attractive man at the Boston Museum event. The gold…