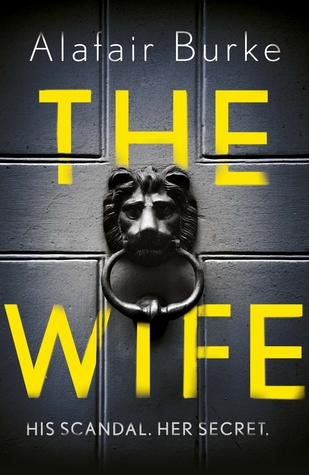 One-Sentence Summary: A woman wants to believe that her cheating husband is innocent, but at the same time, she worried that her horrific past will be known to the public due to her husband's affairs.

Angela owns a catering business and has a son named Spencer. Six years ago, she met Jason at a catering event, and they married the following summer. Jason is an economics professor at NYU and becomes famous due to his best-selling book and growing media career.

After an intern named Rachel filed a police report against Jason, Angela begins to ask herself whether she really knew her husband as well as she thought. According to Rachel, Jason "encouraged" sexual contact between them. However, when Officer Kendall ask for further information, she accused the police of not believing her. The report is forwarded to Detective Corrine Duncan for further investigation.

When the accusation appears on the news, things start to get out of hands. Angela begins to worry about her past might be dragged into the case as well. Her disappearance during her teenage years after picked up by an SUV and came back with a child after three years was meant to be low profile. The truth has been protected from the public by her parents all this time, but now, she is not sure how soon the world will know her secret.

Meanwhile, another woman named Kerry Lynch comes out and tells her story of being raped. According to her, Jason offered her a hundred thousand dollars if she promised not to say anything about the affair.

This is getting more complicated to read. It was supposed to be just an affair or a rape case, but the case is also related to a company's corruption. My brain keeps spinning like a cogwheel, trying to understand what I'm reading. And it's getting chaotic as everyone wants to offer their opinions and non-expertise knowledge to Angela. Everyone jumps in to help her, but she wants to settle it by herself. At the same time, she keeps thinking about what others said to her and feel restless in such situation. I don't know whether I should feel being played by the author or Angela.

I can't stand with Angela's pathetic mind, which sometimes, I wondered whether I am the relentless one or she is too faithful:

"While the lamb was roasting, I put on the pale-yellow linen dress that Jason had bought me last summer as my anniversary gift, hoping he'd recognize it.He had told that woman - a horrible woman who had been willing to destroy his life and mine - that he would leave me for her. Maybe it was cruel, but I wanted to make him want me."

This is just another book like other trending stories about a cheating husband and the woman being portrayed as a dumb wife. I'm not a feminist or trying to strive for women's equality. I'm looking for something different. Most of the thrillers in recent years are having similar styles. Can I have something different such as, a husband being abused by the wife, or a cheating wife, or worse, both are cheating and trying to keep their secret from each other? Also, why a tragic past always happens to women? Men also can experience a horrific past but usually men experiencing PTSD due to wars, something more heroic. Men can be victims of kidnapping and women can be a kidnapper too. I'm just looking for something less general and different in this competitive market.

Rating: ★★
More reviews can be found on Goodreads: The Wife by Alafair Burke.

"To appreciate the value of freedom one must first be denied…