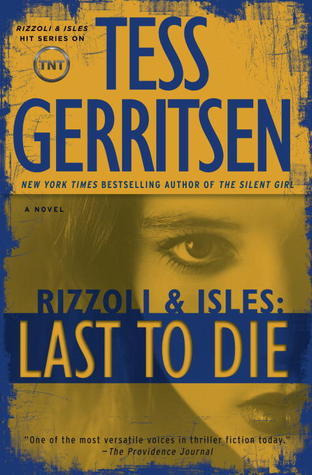 One-Sentence Summary: Three specific children being targeted by a killer for an unknown reason and murders are following them wherever they go.

Fourteen-year-old Will Yablonski should have died on the night when he went out to the field to hunt for aliens. Suddenly, an explosion occurred, and the farmhouse is in a fire. He wanted to save his aunt and uncle, but it's too late. He also was saved by a woman.

Teddy Clock was the sole survivor when his foster family members died. And this is not the first time. Two years ago, his parents and sisters were murdered when they were on a sailboat. He was found in the water, floating in his life jacket but he didn't remember how he got there.

Meanwhile, Maura will be spending two weeks holiday with Julian at Evensong boarding school. The common thing that the kids share at Evensong is their parents were murdered. When Maura finds the connection that the kids are sharing in this school, she realises that Evensong is an uncommon school providing uncommon education for their personal reasons.

When someone is trying to break into the house of Teddy's new foster family, Jane knew that she can't trust anyone. She brings Teddy to Evensong after Maura gives her assurance of the security in the school. But as they dig deeper, a series of mysteries and unfortunate events are following Teddy, Will, and Claire and even when they are at Evensong which surrounded with tight security.

What is wrong with Maura? Why Maura's personality is getting worse after the destructive relationship? And in this book, she seems not being herself. She became unreasonable and getting more self-centred. I remember when I started reading this series, I didn't like Jane for the same reason. Now Jane becomes better, but Maura is acting like the old Jane.

This story will be my least favourite in this series. The only part I liked is the story about Jane's family. Their story is more interesting to read than the case. I guess another reason why I was not too fond of this book is Maura acted so differently in this story. It was a disappointment when her personality has changed to becoming self-centred, dull, unreasonable, lack of understanding to others, and too much of self-confidence. Before this, she was being portrayed as a lonely woman who seems desperate for love when Daniel appears in her life. I really miss the old Maura before he exists in her life.

Rating: ★★
More reviews can be found on Goodreads: Last to Die (Rizzoli & Isles #10) by Tess Gerritsen.

One-Sentence Summary: Neighbours stalking each other in a village but one of…