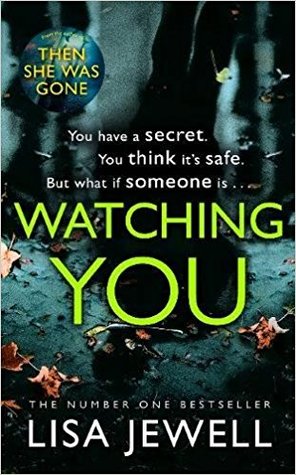 One-Sentence Summary: Neighbours stalking each other in a village but one of them has the dirtiest secret related to another neighbour's painful past.

Joey's brother Jack offers her a place to stay at Melville Heights while she and her newlywed husband Alfie are looking for a place to settle down.

Tom Fitzwilliam lives near their house with a wife and a son. He is fifty-one years old and the headmaster of their local state school. Without Joey's knowledge, she can't stop watching at him in a detailed manner follows along with the uninvited fantasy.

At the same time, Tom's son Freddie is monitoring everyone's daily life from his attic room. His new target is Joey after he saw her at a restaurant when he had dinner with his parents. He has all the gadgets or tools to spy on others in the village. He logged the visitors to the Melville Hotel and even has a secret folder about Joey. Meanwhile, at a different house, Jenna's mother is suspicious with the movement at the Fitzwilliams' upper house. She suspects Tom is the one who has been taking photos up there.

When Joey was in the pub with her boss for a drink, she saw Tom with his friends. They introduced themselves and exchanged a short conversation before they returned to their seat. Later, Joey was heavily drunk, and Tom sent her home. But what Freddie saw from his room seems different than what his father told him the next morning.

At the same time, Jenna's mother keeps monitoring the Fitzwilliams' house. She accused Tom is the main stalker, and the son is taking photos of others for him. She warns Joey to stay away from him else her life will be in destruction as her life.

Jenna's mother remembers Tom when they had a family trip several years ago. Tom's family was on that trip too. And she remembers there was a woman who went to Tom and screamed at him. Meanwhile, Jenna is getting worried about her best friend, Bess, who is so obsessed with Tom. Also, Bess is acting weird recently and seems to have several secret meetings with Tom.

Up to this point, I quite intrigued with the storyline as what people like to say: as the plot thickens. It is getting suspenseful, indeed. Three families are stalking each other and surprisingly, it wasn't complicated to understand when several characters involved in the story at the same time. Although the focus keeps switching to a different family from time to time, however, I don't feel it's hard to follow the progress of the story.

Rating: ★★★★
More reviews can be found on Goodreads: Watching You by Lisa Jewell.

One-Sentence Summary: Three specific children being targeted by a killer for an…