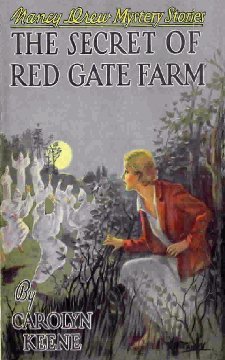 One-Sentence Summary: A bottle of perfume which reluctantly being sold to Bess leads to the adventure of capturing a counterfeit syndicate.

When waiting for the train to return to River Heights, Nancy is contemplating their encounter with the mysterious woman in the Oriental perfume shop. She still feels suspicious with the saleswoman that reluctant to sell the Blue Jade perfume to Bess.

Bess can't wait any longer and wants to try the perfume on the train. She offers it to Nancy, but the lurching of the train causes more than half a bottle of the perfume sprays over Nancy. After a short while, a young girl that sits opposite them faints and Nancy rushes to help her. When Nancy is at the water dispenser to get a cup of water, a stranger edges closer to her. Nancy is surprised and speechless when he asks her "Any word from the Chief?". The stranger realises that he had made a mistake and apologised. He wanted to say more about the perfume, but he walks away.

The girl who just recovered from the faint introduces herself as Joanne Byrd. She lives with her grandmother at Red Gate Farm. Joanne is looking for a job to raise enough money to pay the longstanding interest due on the mortgage of the farm. When Joanne is in the interview room, the prospective employer talks on the phone while jotting down a series of numbers and lies to Nancy that the numbers are for stock quotation. Feeling suspicious with his anxious expression during his phone conversation, Nancy quickly jots down part of the numbers while he is interviewing Joanne. When Joanne gives her details to him, the man shouts at her. He even asks them to leave and not to come back.

First, there had been the perfume shop, and it's mysterious saleswoman, then the curious man on the train who had been attracted by the strange fragrance. And now, this rude and harsh man Room 305.

One-Sentence Summary: An identity thief is targeting the sole survivor of a…