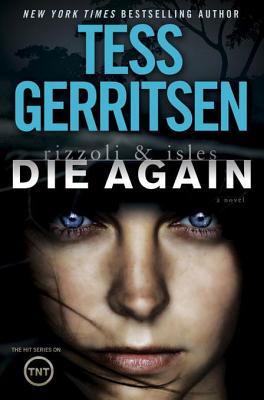 One-Sentence Summary: An identity thief is targeting the sole survivor of a safari trip who assumed the tour guide is the real killer.

A group of seven tourists with two tour guides went to a safari trip in Botswana. The beginning of the story gives a brief description of each traveller, but the main focus is the narrator and her boyfriend, Richard. She tries her best to enjoy the trip as not to disappoint her alpha male boyfriend, but it seems their relationship is getting worse.

The brief story of the Safari trip ends with a woman's scream, and the story continues by bringing us back to Boston. Jane and Frost were called to a crime scene when the patrolman checked on a house and saw a dog with a human's finger on its mouth. They found a nude man hung upside down with ankles bounded with orange nylon cord. His abdomen had been sliced open and the cavity stripped of all organs. Jane found the missing organs in the garbage can at the corner, but what Maura found from the garbage can is another heart and two complete sets of lungs.

The victim is named Leon Gott, and he was a hunter and taxidermist. Maura found one set of the gut belongs to the victim and the other belongs to a rare snow leopard. According to Dr Mikovitz from the Suffolk Zoo, the snow leopard or known as Kovo has kidney failure quite some time. They have to euthanise the rare snow leopard, and a donor is interested with the snow leopard in exchange with his donation money to the zoo. Leon had a son named Elliott who had died six years ago on a safari trip in Botswana.

At the safari trip six years ago, one after another had died since the truck stopped working and the stranded tourists are trying to survive in the bush. The tourists begin to suspect their tour guide Johnny and wondering whether they are the victims of his preying game.

I think the people in the story has more patience than me when they are talking to Crowe. I don't know if I can control my anger if I face such a person in real life. It's not like he is smart and efficient in solving cases else I will be more tolerable to him for the sake of his intelligence. The thing is he has zero intelligence, but he's acting as he has some.

Leila tells her story as an Iranian woman, trapped in her own…