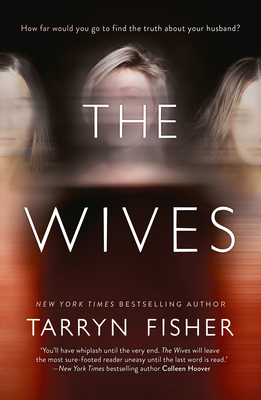 She is Thursday and also Seth's Thursday wife. The first wife is Tuesday and Monday wife is going to give birth soon. Seth's first wife doesn't want to have children, and Thursday knows the existence of Monday wife. Then, she finds a bill from his suit. It's a doctor's bill with the name Hannah. She wonders whether Hannah is the name for Monday wife.

When Thursday is invited to Portland to spend more time with her husband, she can't control herself not to investigate the Monday wife. In a sudden, they become friends after Hannah invites her to go inside her house for a private tour. She gets to know more about Hannah, more than what her husband told her about his Monday wife. She saw bruises on Hannah's forearms, and since then, she has been thinking about those bruises.

Then, she realises the invitation to Portland is not what she thinks. He is asking her to give up their vacation this year because of Monday wife. The baby will be due at that time. She feels being abandoned and decide to meet up with Hannah for breakfast the next day. She wants to know more about her.

I'm sorry and feel bad to say that I feel quite sick reading this story. First is Thursday's attitude of accepting polygamy, but getting manipulative and wants to turn into monogamy. She is very aggressive, and I think I will feel scared if I meet her in real. She accepted the polygamy at the beginning. She was one of the wives or mistresses. But she wants to kick out the others from their relationship when she successfully married the husband legally. She always feels she is the best when comparing with other wives and colleagues. She seems like a naive woman who doesn't have a personality.

The worst thing is she is doing a lot of stuff behind the husband. It's scary. When Hannah tells Thursday about the husband's past, what she can think of is Hannah knows more than her and selfishly ignores if anyone in the restaurant heard their conversation. At that time, the most important thing is to get the information from Hannah, but at the same time, feeling hurt that Hannah knows her husband more than her.

I felt pity for Regina because her husband had an affair with Thursday which led to the divorce. And then Thursday forcefully enters the house, keeps harassing Regina with her version of the story, and keeps hammering her with burning questions about her past marriage.

I felt the writing style is quite plain, and the story is very feminine. There were too many irrelevant details which are repetitive in the story, such as hair washing, hair drying and taking shower. I've read about it several times throughout the story. And even she wakes up from the concussion in the hospital, she criticises the nurse's eyebrows which I'm not sure why the author needs to include so many irrelevant opinions about someone's appearance. The main character is very self-centred who only cares about her appearance but criticises other women almost anything.

The writing is very directionless towards the end. The author seems clueless on how to end the story and then simply comes out with something as it goes. As I continued reading the book, it's getting harder to read with weird stuff all over the place. For example, she wants to know the truth about her husband from the ex-wife, which still makes sense. But the reason why she asked the ex-wife whether they had sex when he went to her house was..... I couldn't find the word, not even the word 'speechless'.

"You did." I swipe my hair behind my ears. I don't feel anything; of course I don't. I know Seth has been having sex with his other two wives this entire time. I just made sure the sex with me was better than anything they could offer. I was more waxed, more flexible, more responsive to his touch.

The last ten chapters were torturous. I don't have any prejudice against romance writers. I didn't know the author is a romance writer until I read the last part of the book. Now it makes sense of the writing style and the flow of the story, which is so different from other thrillers. I checked on her other books, and most of her romance books have very good ratings. I hope she sticks to her strength or am I the one who overlooked this book? This book is a thriller, not a romance, I assume?

Rating: ★
More reviews can be found on Goodreads: The Wives by Tarryn Fisher.

Options. Such a word. Such an idea. Try having options when you…