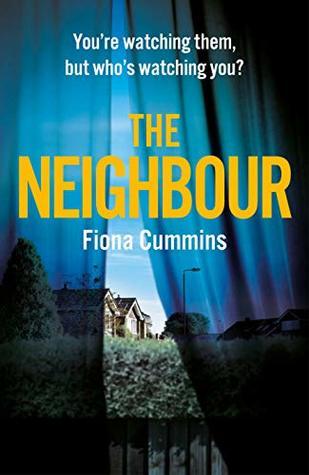 Lockwood family just moved into their new home at 25 The Avenue. The beginning of the story never reveals the reason why they moved to a suburb which has already had several murders that occurred in the past but hinted that it was Olivia's fault. Garrick is happy that they can get the house at such a low price and hope they can make a fortune when they sell it in the future.

Dessie is a make-up artist and lives with her boyfriend Fletcher at 26 The Avenue. Fletcher likes to spend time with his telescope observing stars but also struggling with his inner desire. Dessie always wants to go for a holiday with Fletcher, but he always seems hesitant. This is because Fletcher is not Fletcher. He just changed his name a few months before he moved in to live with Dessie. Fletcher's real name is Benjamin Turner.  Who is Benjamin? And why he changed his name?

Audrina lives with her husband Cooper at 27 The Avenue. Their son had run away several years ago, and Audrina misses him every day. Their house is just next to the Lockwood family.

Trefor is a doll maker and lives alone at 32 The Avenue. After his wife left him, neighbourhood kids are teasing him that he murdered his wife. Trefor is a very private person and the neighbours never seen his wife around anymore, which leads to the speculation of the murder.

The latest victim of the murder is a police officer named Adam. His wife Wildeve is investigating his death which has a connection with other previous murders. The victims' faces are painted, and their eyes are gouged. They give the killer a name, 'The Doll Maker'.

The entire story was told by an unknown narrator who lives at The Avenue. The narrator, who is the serial killer, also knows every neighbour's secret. He or she even knows Olivia's past affair with a younger man and her husband Garrick still wondering whether he should stay in their marriage. The narrator tells his or her unhappy childhood memories with the adoptive mother Birdie and how they move to this suburb. The narrator also shares his or her stories about obsession killing and witnessing the victims' last moments before their death.

To be honest, the plot is intriguing, and it's a great storyline. Unfortunately, the writing style is not my cup of tea. I feel confused when reading the story because it it keeps switching between different time, current and other dates. And the story tells the secrets of different families at The Avenue. As I continued reading it, I was confused and mixed up with the families and the house number. Also, the story wasn't told straightforwardly. Maybe other readers will like the mysterious writing style, but for me, it seems a lot of things happening at the same time. I have to keep myself busy with multiple tasks when reading the story. I have to catch up with the development of each family, the past history of the family, the date and time, the house address, and I have to crack the author's hidden meaning behind the words. A bit too much for me.

Rating: ★★
More reviews can be found on Goodreads: The Neighbour by Fiona Cummins.