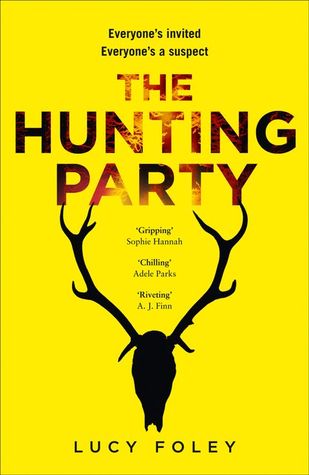 Emma plans the group trip to an isolated estate in the Scottish Highlands on New Year Eve. A group of her friends from Oxford will meet to welcome in the New Year together. They arrive on the 30th of December. Emma and Mark, Miranda and Julien, Nick and Bo, Samira and Giles, their six-month-old baby, Priya. And Katie.

Doug is the gamekeeper for their group. He has a criminal record, but he never mentioned explicitly about his past.

On the 2nd of January, one of the guests is missing. Doug and Heather search for the missing guest for the past 24 hours. It's hard to get a rescue team from the outside due to the heavy snowfall. Then when Doug found the body, he suspects it's not an accidental death.

The entire story switches between days before the New Year and the current state. So, Katie is like Miranda's project, but at the same time, without Miranda's knowledge, she is Emma's project as well. A lot of plot twists towards the end. The story is quite intriguing, but the pace is too slow for me. I feel bad that I'm not surprised at all when the victim is revealed at the end. Judging by the victim's attitude, definitely, it's just a matter of time that her life will be cut short. In fact, I was hoping that my guess is correct before the revelation of the victim.

Rating: ★★★
More reviews can be found on Goodreads: The Hunting Party by Lucy Foley.

The story is narrated by Death during World War II, and it…

Lockwood family just moved into their new home at 25 The Avenue.…