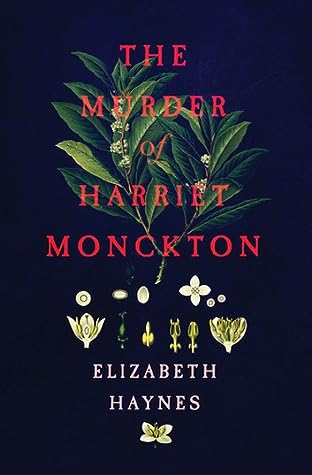 On 7th November 1843, Harriet Monckton was found murdered in the privy behind the chapel she had regularly attended in Bromley, Kent (based on a true story).

The first part introduces the background of several main characters who knew Harriet and possibly her secret as well. The story was told from the points of view of several real-life people: Reverend George Verrall (the clergyman of the chapel that Harriet frequently visited), Frances Williams (Harriet's friend or colleague in a school whom she might have had a lesbian affair), and Thomas Churcher (a shoemaker in town who is in love with Harriet). These three people shared some secrets with Harriet were feeling heartbroken and anxious after her death. Frances is worried that Harriet's journal will be found by someone and possible some words about her. At the same time, Reverend George seems reluctant with the coroner to proceed with the examination of Harriet's body. The first part mostly about their thoughts after Harriet's death and some subtle hints of their secrets with Harriet. Richard Field, a former lover of Harriet before married to her friend Maria was later introduced in the first part as well.

Meanwhile, the members of the congregation have divided opinions about Harriet's death. Some members were unhappy with Harriet's choice of choosing the chapel as the place to commit suicide as they viewed suicide is a mortal sin. Doubts are still circulating whether Harriet really had committed suicide as no signs were indicating that choice beforehand. Gossips and talks surrounding the town, especially after the coroner's examination found out that Harriet was poisoned by prussic acid and also between five and six weeks months advanced in pregnancy.

The confession letter by the Reverend George was a shocking one, and surprisingly providing more details than it should be. Usually, authors leave a vague description for such a disgusting act if it involves religious members. The confession letter written by the author was astonishing and scandalous to read. The last part is about Harriet's journal, which leaves a disturbing revelation, and will change our perception about Harriet.

I loved the writing style, and the background setting was impressive. The storyline is fascinating with beautiful prose. The usage of words during that specific era was brilliantly captured by the author. A murder case in a small town is always compelling to read because everyone will suspect each other in such a small place and the hunting for the murderer seems adventurous as well.

The structure of the story is well developed. The first part is the introduction of the main characters or people that are close to Harriet in her life, and the second part is the confession letter written by the Reverend George. The third part describes the second inquest after two years of Harriet's death and the life of the people who are involved in the case since her death. And the final part is the truth which reveals from Harriet's journal after Frances knew that Richard must have been keeping the journal all this time.

The author did such an exceptional work in portraying how lonely Harriet was when keeping her secret from all the people that she cared about. She was so desperate for help, but none was offered. She was so despaired and was abandoned by the people that she thought can be trusted during that distressing time. What a sad scene when imagining a pregnant woman walking alone for a long distance under heavy rain.

I felt terrible for her when reading her journal. To be honest, I don't feel she is a promiscuous woman like how most people thought of her. In fact, I feel she is a lovely and nice young lady, probably too innocent or unlucky in love or too naive with people. She was so lost in her life and being uncared by almost everyone. Despite that, she kept all the troubles to herself. She never wanted to hurt her friend's feelings or ruined their marriage, although being mistreated by Richard. She knew Thomas is a reliable man, but her conscience tells her not to use him as a solution for her problem. Even until the last day of her life, she was still bullied by the disgusting and morally corrupt reverend.

Victorian crime fiction is not something that I usually read, but I have to admit this story is brilliantly written. I'm reading this story as I can feel the British accent echoing in my ears, and I can imagine what kind of clothes they wear during the Victorian era. Maybe I should discover more Victorian crime stories as it can be something different and refreshing to read.

Rating: ★★★★★
More reviews can be found on Goodreads: The Murder of Harriet Monckton by Elizabeth Haynes.

"…when there was no sense of right and wrong when it…

What Was She Thinking?: Notes on a Scandal, Zoë Heller