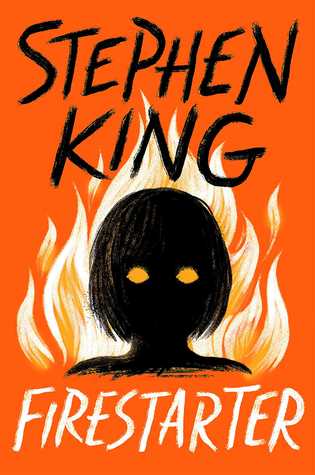 "You're a firestarter, honey. Just one great big Zippo lighter."

The story begins with a man and his 7-year-old daughter running from persons yet unknown. Through flashbacks, we get to know who they are running from and why the unknown persons keep chasing after them.

Andy McGee recalled back to 1969 and his senior year at "Harrison State College" in Ohio. He needed cash, and so, he volunteered for a psych experiment for tests of a low-grade hallucinogen. The experiment was conducted by a government agency known as The Shop. He met a beautiful girl named Vicky Tomlinson, who also participate in the research after her soon-to-be-ex-boyfriend forbidding her from it. They keep ensuring that everything will be fine. Neither of them knew that they will be injected with "Lot 6", a drug with hallucinogenic effects similar to LSD. The drug gave Andy a telepathic form of mind control; he refers to as "the push" and Vicky minor telekinetic abilities. Their powers are limited, and overuse of the push will cause Andy to suffer migraine headaches. But their daughter Charlie developed frightening pyrokinetic ability.

Andy and Charlie have been trying to avoid from the chase of Shop agents. Captain James "Cap" who leads The Shop calls in a Shop hitman named John Rainbird to capture the fugitives. The Shop wants to get Charlie so they can study her to reactivate the Lot Six program.

Despite the struggle to finish this book, the characters are definitely unforgettable. I wish I will like this story, but unfortunately, it doesn't work for me. I'm not sure whether it's the pace or probably the story is really not my cup of tea. It happens. There are some stories that you straight away fall in love in it even by reading only the first sentence of the book. But some stories will never be able to win your heart although it has captured millions of readers around the world.

Rating: ★★
More reviews can be found on Goodreads: Firestarter by Stephen King.

"Justice will not be served until those who are unaffected are…

"…when there was no sense of right and wrong when it…