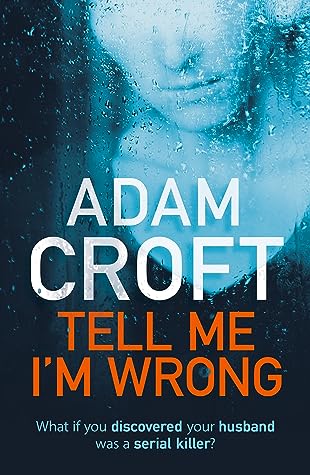 Riley is on his way home after a football session. During the journey, he meets someone that he knows, and after the greeting, he is murdered by the unknown person.

Then, the story introduces Megan, telling her struggle as a mother to bond with her newborn baby and the husband spending more time with outdoor fishing. Switching to a different narrator, her husband Chris reveals his escapism and his personal peace when going fishing. Of course, another escapism that he can't tell Megan yet and only safe to keep to himself.

The news of a young boy's body is found shocked both Chris and Megan. The body is confirmed as Riley, and he is one of Chris's students. Chris mentions that his addiction has ruined Riley's family, but he never explains further. Meanwhile, Megan finds a bloody baseball cap, and she knows who threw it into their rubbish bin. Her suspicion is starting to disturb her mind, and she has no idea how to handle it from now on.

This book is better than the other book (Closer to You) that I read from the same author. The characters seem static, and the story is flat. I would prefer the story has a faster pace. The only good thing probably is the unexpected plot twist and the uncommon ending.  The book is easy to read, and there is nothing spectacular to be highlighted or mentioned here. If you feel something is not right (same as me) about this book review, that probably sums up how I feel about this book. I don't know what else I can describe or think about the story.

A Face in the Crowd by Kerry Wilkinson

Five years ago, Ben was nervous about leaving the house on an…

488 Rules for Life by Kitty Flanagan