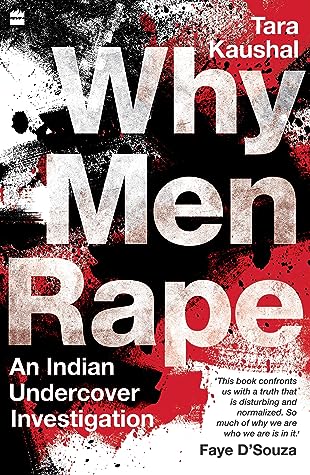 I started to feel disappointed when I only read the introduction, and I hope my gut feeling is wrong. The more I read (without taking a break), the more I get confused. The content was very mixed up and jumpy. The author threw a few legislations and references of research papers here and there, and suddenly she wants to clarify her reasons for excluding the rape of other genders in this book. Then, she gives the definition of rape and narrows down to the 'false promise to marry'. If the author leaves that part as it is, it will be a good read, but it frustrates me when she includes her own opinion for the definition of rape. Same as underage sex, the author offers her view without a solid point to convince the readers. It will be better if she offers an opinion with a strong argument or provides lesser personal opinions to avoid being viewed as lacking neutrality and subjective in this topic.

Then, she describes her research methodology with more of her personal feelings. I strongly disagree with the part when she talks about someone who is under trial with accused of rape and murder. She casts her doubt to the readers with "(falsely?)" in the sentence. The person is still under trial, and even there is concrete evidence to prove he is guilty, she shouldn't include her feelings (doubt or no doubt) into it. I still don't understand why she wants to insert that word into it? It's irrelevant for us to know how she feels because we don't know the details of the case, and it makes us begin to feel sceptical about continuing reading this book. The worse thing is she proceeds with sarcasm, and it doesn't sound nice for an author to say it out loud because some opinions better keep it to yourself:

"If he was guilty, great, I had an educated subject to speak to; if he wasn't, great, he could lend me insights from within the jail."

There was a lot of fact-checking and the author's personal opinion in every research. I always thought research is research. Results and opinions are after that. It shouldn't exist before the research content, or during the explanation of the research. It's confusing to the readers to filter which one is research, facts, and which one are the results or personal opinions. There were also too many informal jargons, internet slang and short form. It can be difficult to read and understand due to the inessential information, which I would prefer straight to the point than beating around the bush. The amount of irrelevant information was mixed with some of the critical points, causing confusion and diversion from the original context.

Sometimes, I feel this book is more for the author's record. There were too many irrelevant personal opinions and attacks on the subjects. To be honest,  it was a great project because such an idea is rare, and the discussed areas are impressive. Unfortunately, I can't tolerate the author's personal opinions which were lacking neutrality, mixing up the content with a lot of short forms, jargons and translated words which I need to keep referring to the glossary.

Also, there were so many loopholes or unsupported backups for the story provided by the subjects. And the author includes a lot of her opinions to guide readers to think the same way as her. One of the subjects such as Partho, if he is an unreliable source and has a lot of lies, why he is still part of the contributor for this book? Whatever he says are no longer trustable nor can be used in the research, but the author wraps up the story with her personal judgement or what she believes is the truth. I mean she mentioned that Partho made up a lot of extravagant stories and she doesn't trust him, then she should find other more reliable sources instead of wasting her time interviewing him, telling us something that is not true, and wasting her time and effort to dissect his lies and humiliating him with sarcasm in the book.

I really hope there will be other people out there will love this book and know how to appreciate her work. I really feel bad that I don't know how to appreciate her storytelling style. I can sense she is an ambitious person and a great representative for the voice of the survivors. My harsh opinions are just a small percentage of the readers and shouldn't really affect her much. Nobody can please everyone even though, to be honest, I really wish that I like this book. Well, at least the content didn't disappoint me. It provides more than what I expected.

Putting aside the author's writing style, I really appreciate her effort and sincerity to start this project, delve into the problems and investigating the various possibilities of the root causes. I've always been wondering the reason behind the frequency of rape cases in India, probably the highest compared to other countries. I was thinking about whether Bollywood movies have been one of the biggest influences. It offers inappropriate fantasy or freedom of love which is too good to be true, not abide by the law and love conquers all with heroism where you have the permission to be violent to strive for your passion. Perhaps living in a distress condition and powerless or underprivileged where the caste system still exists and deeply rooted in the country, Bollywood movies have given hopes to the people. Too much of hope and fantasy to the extent you no longer can differentiate between reality and fictional. And probably some will think that if it can happen in the movie, it's permissible in real life, for example, killing a villain who kidnaps his lover and a happy ending after that. Of course, in real life, the killer has to go to jail for the murder, but that's not what someone probably learns from the movie.

Maybe it's too late to change the direction or the style of Bollywood movies. It does not only have a strong influence, but the culture that the movies had created has also existed for a very long time. I'm not saying people's mind can't be changed, but it requires a tremendous amount of effort to do it. I doubt people will be able to accept easily if Bollywood movies shift to a different direction, such as more realistic, lesser fantasy content. Let's say if the dancing scene is not included in a movie, I wonder how many Indians can accept such change. Even when I was a kid watching a random Bollywood movie, I felt it didn't make sense when there was a dancing scene with the main characters playing teasingly and hiding behind or hugging the tree after a tense confrontation scene between them. It's like a jumping scene, watching movie A being edited to include another scene from Movie B, which also acted by the same actor and actress. I feel kind of hilarious and that part of their movie culture I assume still exist until now.

Somehow, I believe culture and education should be simultaneously working together in a country. Most of us have the privilege to be taught or educated to differentiate what is right and what is not. We have the knowledge to analyse and think what makes sense or logical after watching a movie. This is not always the case for some Indians that don't have access to education. Suppose education issues have been existed for a long time ago without improvement. In that case, we can't expect younger generations have the proper knowledge from their parents as their parents faced the same of lacking education as them.

Furthermore, Indians are very proud of their culture and traditions, and they will stick to them even probably being perceived from the outside world, which lacking common sense. It's not for us to judge, BUT if it harms someone's life, there is really something that needs to be done to educate them or stop this from continuing. Poverty and poor education are one thing. Another thing is change. Sometimes, I wonder whether they are reluctant or can't or don't know how to change. Or they feel change means they have to abandon their traditions or root?

I'm surprised that the author will discuss fake rape cases because her tones so far for this topic are full of rage and anger. Such a chaotic country and it's so hard to practise a fair law and justice when continuous interruption from unnecessary families dispute. So much of drama (probably Bollywood influence?) and families are abusing the criminal justice system to end their children's relationship if it doesn't suit their preference. Or using their daughters for revenge of family's rivalry. I thought it's only happened in their movies, but they reflect it into their real life. Why are they still asking police to settle the family dispute for them although they are adult enough to resolve it themselves? This is so difficult for the police enforcement to implement a proper justice for the real victims and punish the real offender as they have other workloads such as settling all those unnecessary reported cases.

Furthermore, not as if the police enforcement is efficient in India, as they are usually linked to corruption and abusing their authorities. What if they are also judging the victims as an indecent girl who allows such a thing happened to them? What if they don't care about the genuine rape cases, but they just work based on what they are being paid? Such as only working on wealthy people's cases after being paid to handle according to their benefits? Wealthy people who want the rape charge to stick on the intended person or the other way round, pay to run away from the actual rape charge.

Rating: ★★ (2/5)
More reviews can be found on Goodreads: Why Men Rape: An Indian Undercover Investigation by Tara Kaushal.

The Collector by John Fowles

Clegg works as a clerk in a city hall. His favourite thing…

A Face in the Crowd by Kerry Wilkinson

Five years ago, Ben was nervous about leaving the house on an…