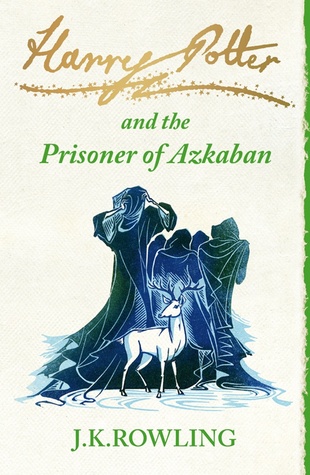 One-Sentence Summary: Sirius Black has escaped from Azkaban and is targeting to kill Harry but later finds out the cause of his parents' deaths is related to Sirius Black.

Uncle Vernon's sister, Aunt Marge, visits the Dursleys and has many verbal attacks against Harry's family. So far in this series, the one thing that I dislike about Harry Potter books is the beginning of the story. I felt angry and sad at the same time when I had to read how cruel the Dursleys treat Harry, and this time, Aunt Marge is comparing him and his parents to dog breed. The unacceptable comparison causes Harry to leave the Dursleys angrily. Harry is lucky when he accidentally hails the Knight Bus. When Harry arrives at Diagon Alley, Cornelius Fudge, the Minister for Magic, is already there. While Harry is expecting to be expelled from school, it's strange that there is no punishment for him after the blowing-up of Aunt Marge incident. Instead, Fudge wants him to stay at the Leaky Cauldron for the next three weeks before the new term starts.

Meanwhile, an Azkaban prisoner, Sirius Black, has escaped from the prison. According to the witnesses, he had murdered thirteen people with one curse. Everyone believes that he was Voldemort's right-hand man, and he is targeting to kill Harry after the falling of Voldemort. Somehow, in an unusual way, Harry finds out another secret about his parents' deaths, and it tempts him to look for Sirius Black by himself. I tried not to think like an adult, wondering why the Hogwarts teachers and Minister for Magic are openly having an important conversation in public. In Hogwarts, another new teacher is assigned to teach the Defence Against the Dark Arts. Professor Lupin is much beloved than any past teachers who taught this subject before him. However, he has some mysterious illnesses, which will be revealed later in the story.

Almost every book in this series has an "interesting" character teacher. And this time, we have a Divination teacher who is superstitious and predicts a student's death every year. I admit that I have the same views as Hermione about Divination. It seems very woolly and a lot of guessing work. I feel tea leaves reading is unscientific and doesn't make much sense. Everyone drinks tea differently, and the flow of liquids affects the dregs' appearance. I couldn't find the logic behind how dregs can be used to predict our future. But I guess Hermione doesn't like the subject because it's not something she can learn from books.

It's great to hear that something nice finally happens for the Weasleys family. The Weasleys deserve to have good things since they are nice people. On another note, Jordan Lee's "unbiased" commentary during the Quidditch Cup is superb. His commentary with occasional swearing, and I enjoyed the humour when Professor McGonagall tries to stop him every time he swears.

One-Sentence Summary: Voldemort wants to regain his power, but he needs to…

One-Sentence Summary: The Chamber of Secrets reopens after being sealed for 50…