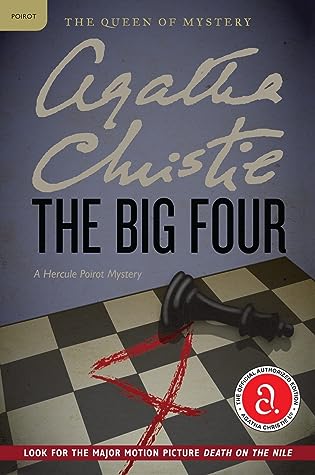 The narrator has spent a year and a half on a ranch in Argentine. He had landed in France two days before and was en route to London. The narrator reveals that he will meet his friend Poirot and through his reminiscence about his old friend, we get to know that the narrator is Hastings.

When Hastings arrives at Poirot's residence, he only knows that Poirot is leaving for Rio soon for a case. The case is in connection with a big company in Rio owned by Abe Ryland. Then, an unexpected guest becomes unconscious after mentioning Poirot's name and address but is later awakened by the word "The Big Four". The strange man begins explaining the background of the person representing each number before he faints again.

Poirot realises the danger of the unknown guest when they are on the train, and they rush back to London. Unfortunately, the guest is dead when they found him in his room. At the same time, an asylum attendant is looking for someone who has fled from the lunatic asylum, and he identifies the deceased as the escapee. Then, the Scotland Yard inspector Japp arrives and finds the deceased is Mayerling, who used to be in Secret Service but fled to Russia five years ago. Poirot traces the cause of the death and finds out that nobody escapes from the asylum after making a direct call to Hanwell.

"The Big Four" is an international organisation headed by a Chinese. The Chinese man is known as Number One. Number Two is an American, Number Three is represented by a French woman, and Number Four, known as the Destroyer, is an Englishman. The organisation's aim is for world domination, involving a well-known American billionaire and a prominent French scientist. Hastings and Poirot are searching for the real identity of "The Big Four" and have been tricked several times. At the same time, the organisation is trying to eliminate them from any investigations so that the duo are no longer disrupting their big plan to dominate the world.

This is the least interesting story in this series so far. I felt the story itself was already complicated enough. In addition, the story includes a few separate cases while Poirot is investigating "The Big Four", but the sub-stories didn't increase my interest in the main plot. Actually, it confused me even further. This story is so unusual and different from the others before this. This is the first time I feel that there wasn't anything worth mentioning about the author or the plot because there was nothing that highlights Poirot's intelligence in this case.

Behind the Door: The Oscar Pistorius and Reeva Steenkamp Story by Mandy Wiener, Barry Bateman

It begins with the details of the crime scene, which occurred on…