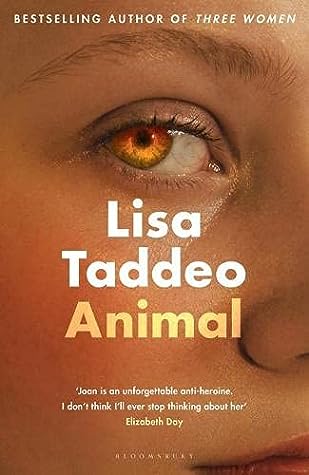 A man shot himself in front of the narrator Joan when she was having dinner with another married man. The narrator introduces the man as Vic, who used to be her boss. The story continues with Vic's family background and how their affair started. The affair then leads to his obsession with Joan, and she begins to fear for her own safety.

Joan moves on with her life after the shooting and decides to go to California to look for a woman called Alice. She struggles with money most of the time and is reluctant to get a job. In the past, she lives with the money she gains by selling things given by her lovers.

Joan goes to a yoga class just to get nearer to Alice. She seems lost in life direction since Vic's death and hopes to return to life before meeting Vic. Later in the story, she reveals that Alice is someone who took everything from her life.

Then, one day, Joan receives a call from Vic's wife, Mary. The phone conversation leads to a shocking revelation that the affair started with unconsented sex. Mary is looking for her missing daughter Eleanor. Eleanor has already told Mary that she hates Joan and planning to kill her.

When Joan has the chance to begin a friendship with Alice, she tells her story about Vic to Alice. Joan expresses her guilt about Vic's death and reveals that Vic's daughter plans to kill her. Alice makes her aware that she was a victim of Vic's abusive and controlling relationship.

Halfway reading this book, maybe not even halfway, I started to question myself why. Why would I add this book to my last year's reading list? What made me interested to read this book? This is unexpected, and the more I read, the more I felt confused about the story. The narration is surrounded by vagueness, and I have trouble understanding its context, relevance and direction. There are bits and pieces from the past but not many details about the connections with the present life. It keeps shifting between her past memories and her current life.

Almost every man in this story is a cure for the narrator's sexual desires. The narrator believes that her hard life has trained her to understand men's needs, and she has critical views about how other women perceive her. She tells a lot about her sexual experience with different men that she usually depends on for financial support. What she becomes right now is related to a horrific event that occurred during her childhood which also has a connection with Alice.

Aside from the trauma and violence encountered by Joan, this book is mostly about sex, men's desires, degrading men in every possible way, and belittling other women, especially her lovers' partners. My eyes have been polluted with the word "fuck" countless times since the beginning of this book. Honestly, I don't really like the writing style and any of the characters. The main character has too many flaws, and she keeps shifting the blame to others for her miserable life. She is a victim of many cruelties, but those are not excuses for having the right to be selfish, using and stealing from others. She is also a self-centred person who thinks of every man sexually and assumes they have the same thought about her. She makes many assumptions about men to show that she understands men more than themselves. I felt sympathetic for her life and wish she would make better decisions, but at the same time, she doesn't see where the problem is. It doesn't make sense that she said she doesn't care what others think of her, but at the same time, she keeps justifying her every action because of the trauma of what others did to her. It's also unconvincing when the author tries to rebuild her image towards the end after more than 95% of the story portrays her as a troubled person.

The story is quite challenging and disturbing to read. It has stirred many mixed emotions - anger, rage, grief, jealousy, manipulative, and mostly negative feelings. Joan is constantly thirsty to be loved but has so little to give back. Almost every human is being sexualised. She wants to have sex with every man who appears in her life or the author's favourite vocabulary - "fuck".

"By the time we left, the whole bar knew we were going to fuck."

"I wanted to make myself wider, I wanted to spread my legs as far out in either direction as they could go and take everything he could possibly shoot inside me."

The story wasn't that terrible, and I guess I have a rough idea of what kind of message the author wishes to convey through this book. At least it captured my interest to read until the last page of the book. The particular thing I couldn't accept was the confusing writing style. I'm all right that none of the characters is worth being liked. I wanted to be nicer in telling how I felt after reading this book, but I couldn't. I felt the writing has degraded the main character even worst than her life in the story. I wish it would be more refined instead of constantly using the same wording as if "fuck" is the only word the author knows about sex. I felt the execution is a failure that steers the readers away from the story.

One-Sentence Summary: Amy is missing on her wedding anniversary with a series…