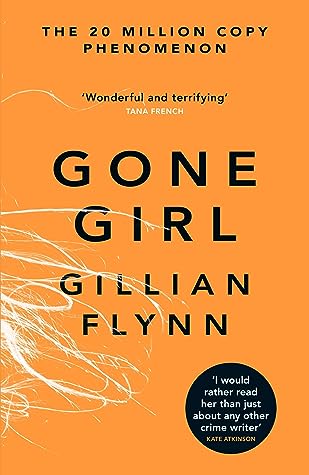 One-Sentence Summary: Amy is missing on her wedding anniversary with a series of clues for her husband, who initially thought it was part of their anniversary's tradition of solving clues but ends up with a sinister revelation about the real Amy.

Nick Dunne was a magazine writer in New York before he lost his job with his wife, Amy. Nick decides to leave New York and moves back to Missouri when his mother is diagnosed with cancer. He borrows a large sum of money from Amy to open a bar with his sister Margo in his hometown.

Amy brings us back to January 8th 2005, when she first met Nick at a writers' party. She is a quiz writer and has a degree in psychology. She is fascinated with Nick's appearance and sense of humour and immediately can imagine a future with him.

Back to the day on their fifth wedding anniversary, Nick reveals that Amy likes to create puzzles related to their memories on every anniversary, but Nick is never smart enough to solve the clues. While Nick is talking to Margo, he receives a phone call from his neighbour Carl across the street about an unusual scene at his house. When he returns home, the door is wide open, and he finds an unusual mess inside the house. The iron is still on, but Amy cannot be found.

The story proceeds with switching narration between Nick and Amy's diary. Nick is unfolding his side of the story from the day that Amy is missing on their fifth wedding anniversary, whereas Amy's diary begins from the day she meets Nick. Later in the story, a new part starts from Amy since the day she is missing while Nick unravels Amy's clues and finds something more sinister behind the disappearance.

Occasionally Amy's narration includes some quiz questions related to the scenario with the answer given at the bottom of the question. I think it's interesting to get readers involved in the story. Also, the questions and answers seem to fill with humour and sarcasm.

Nick is telling some lies when questioned by the police. It's more mysterious when he reveals that Amy has recently changed to become more abrasive. Based on the diary, Amy seems like a sad person that works hard to be a perfect wife who hides her insecurity and unhappiness. Both come from two totally different upbringings, which I'm not sure whether it's relevant to what will happen next. Nick grew up with an abusive father but a loving mother. Amy has a wealthy life with highly-educated and loving parents but seems like an academically boring couple that used the daughter for personal gain.

I liked how the suspense slowly built up, revealing a little secret of their dissatisfaction with each other. Each revelation is like a piece of breadcrumb leading us to the truth. It can be about the families, financial status, or maybe the existence of a mistress.

Reading two sides of the story makes me wonder what is wrong with this couple? It's like reading a police report for both the offender and the victim. You are unsure who is right or wrong because it sounds like both are right and vice versa.

Initially, it was interesting to read those bits and pieces of secrets being dropped like loose coins. But as I read further, I felt the pace was extremely slow, and it was getting draggy because it was too much to fit into the story. However, the second part reaches the climax when Amy reveals her true self and Nick realises the shocking truth about the clues that trace back to another side of him.

The plot probably seems far-fetched and unrealistic, but I found it brilliant, although I have to be patient with the pace and the draggy part. I'm glad I stuck to the end because I just finished reading an extraordinary story of a fictional sociopath, and I still feel unsettled after I finished it half an hour ago.