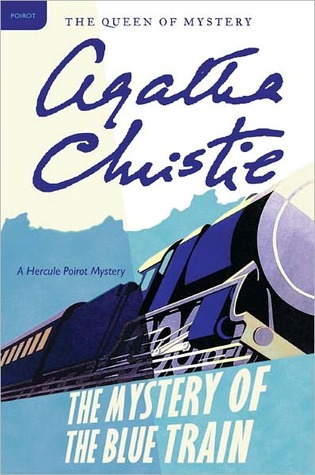 A man walks to an unknown destination and meets his Russian friends in a dilapidated building. Then, they exchanged a parcel with an American after he paid his money to them.

The vagueness of the story continues with another character named M. le Marquis, who wears a mask visiting a prominent antique dealer M. Papopolous. M. Papopolous is anticipating an update about something, and M. le Marquis inform him that the attempt has failed, but no additional details are given about it.

Then, the parcel's content is revealed by Van Aldin, a millionaire whom we assumed the American man that had made transactions with the Russians. The three largest rubies in the world will be his present to his daughter Ruth. Van Aldin reveals to his secretary Knighton that the expensive gift is still unable to cure his daughter's unhappiness at home. When Van Aldin arrives at Ruth's house, she complains to him that her husband spends most of his time with another woman. Van Aldin convinces his daughter to get a divorce and leave her husband, who just married her for her money. Although Ruth finally agrees with the divorce, he senses she is hiding something from him.

Van Aldin confronts his son-in-law Derek Kettering and informs him about the divorce. Derek hides his worries and tells the bad news to his lover Mirelle. Mirelle suggests that Derek will inherit all the money if Ruth dies, but he brushes off her wild idea. Mirelle reveals to him about the affair of Ruth with another man and wants Derek to blackmail Ruth to avoid the divorce.

How does it relate to the blue train? Derek is going to Riviera on a Blue Train, and another lady called Katherine Grey is also heading to the same destination. Katherine has recently inherited a lot of money from her late employee after working as her companion. Derek and Katherine bumped into each other a couple of times before taking the Blue Train to Riviera.

When on the train, Ruth settles at a small table with Katherine. This is the second time they met after sitting opposite each other in Pullman. Ruth is distressed and decides to tell Katherine about her going to Paris to meet her lover. At night, Katherine sees Derek standing outside Ruth's compartment and enters the compartment after a momentary hesitation.

On the next day, Ruth is found dead in her compartment, and the police have to question Katherine because she was seen talking to Ruth the day before. When Katherine arrives at her cousin's residence, she is surprised to see Derek again during the dinner party. Based on their brief conversation, she assumes he hasn't aware of his wife's death. Then, he excuses himself after receiving a note which requires him to go to the police station to settle some matters.

Who is the killer that murders Ruth on the Blue Train? Katherine is on the train, and so is Derek. Is it possible that Derek kills his wife for inheritance or the suspicious maid claiming she went back to Ritz during the journey under Ruth's order? Or maybe Mirelle, who is eager for the money and rubies and decides to act on behalf of Derek?

It's pretty challenging to follow the storyline because the beginning of the story introduces various characters with a brief description but without further details. Then the story will lead to another new character with the absence of transitions and connections among the characters. I prefer introducing the characters simultaneously with the Blue Train instead of doing it before the trip.

This is the first time I've read the most pompous version of Poirot. He openly admits that he is probably the best detective in the world. I felt the character is really amusing every time he praises himself. Of course, the annoying part is beating around the bush and never being straight to the point.

It's still a brilliant detective story, although I struggled with the number of characters at the beginning. As usual, I didn't get the murderer right, and I don't think I will be able to get it correct in any of Agatha Christie's stories.

One-Sentence Summary: A wealthy family living in a rule-bound community is curious…

One-Sentence Summary: Amy is missing on her wedding anniversary with a series…