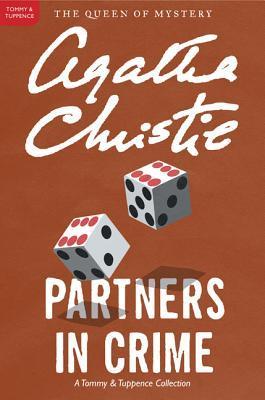 Tuppence is complaining about her dull life after getting married to Tommy. She wishes something adventurous would happen that would excite her. While discussing their lives, Mr Carter, the Chief, pays them a visit and asks them to run a detective agency to investigate a ham merchant and a hidden number 16 underneath a stamp.

Tommy takes over the agency and disguised as Mr Blunt while Tuppence acts as a clerk. One day, a young man introduces himself as Lawrence St. Vincent, and he is looking for a missing woman called Jeanette. Jeanette didn't appear at work, and he could not find her at her lodgings. Tuppence promises the client that they can find Jeanette within twenty-four hours because it is Tuppence's secret plan with Jeanette.

The next client is a woman called Kingston Bruce. She requests their service regarding the loss of a valuable pink pearl that occurred to one of their guests the night before. Tommy and Tuppence travel to Wimbledon to investigate the case and find the missing pearl hidden in the soap.

The story seems directionless and has no transition phases because it's a series of cases solved by Tommy and Tuppence while Tommy disguises himself as Mr Blunt and Tuppence as his secretary. It's not a memorable story for readers due to the randomness of the short cases. I'm unsure whether the problem lies with me or the stories are dull.

Man in the (Rearview) Mirror: That Time I Left Corporate America, Became an Uber Driver, and Lived to Write about It by LaRue Cook

Master of My Fate by Sienna Brown