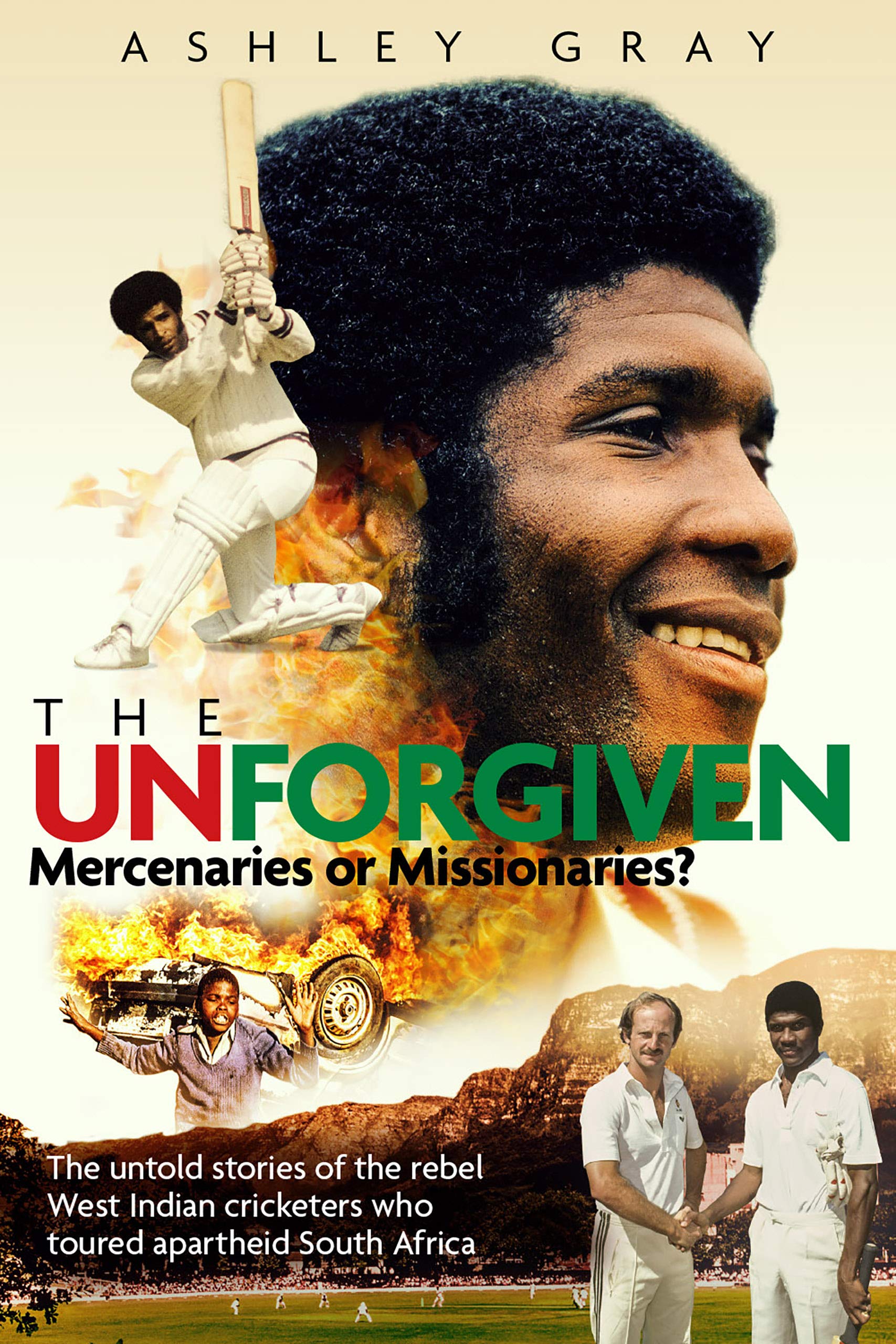 "It was hard enough being born with the wrong skin colour into second-world poverty, let alone being forced to wear criticism for trying to escape it."

The book begins with a brief history of apartheid in South Africa and slowly leads to the arrangement of the West Indies rebel tour. It's a tug-of-war between money and conscience. The public condemnation that the players and their families have endured since the tour is detailed in this book. They were also surrounded by controversies within the region, including different perceptions about the tour and also the intervention of government and political movements. This is a great book that not only gives the players a chance to tell their stories but also includes various angles from their peers and public reception about the tour, before and after.

I felt strange when the first time I heard about the existence of the West Indies rebel tour to South Africa. Isn't apartheid discriminating against black people, and why would any West Indians do that? Even if you are struggling financially, surely you can't accept the money paid by the same country which discriminates against your own people.

"They were scathing but the question would be: had they been in a similar position to the others, would they be so scathing? They were coming from a privileged background. If they'd been in the same situation and taken the same stance that would have been fantastic, but you will never know."

Somehow, I agreed with Roland Butcher's words about those playing as a moral policeman - "They were scathing but the question would be: had they been in a similar position to the others, would they be so scathing? They were coming from a privileged background. If they'd been in the same situation and taken the same stance that would have been fantastic, but you will never know." I'm trying to put myself into a situation where I'll never get chosen for the national team because the team always have the usual top players. I'll keep working hard, and even if I have an outstanding record at the domestic level or even when one of the national players is injured, I'm still not chosen for the team. The worst is when someone with poorer performance plays for the national team, and I'm on the waiting list until retirement age. So, I will never get the opportunity to play for the country, and I also do not have enough money to support my family. Should I take the money and end my career with a stabler life or retires with nothing? Both choices come with consequences, but which one is the harder one? It's always going back to money versus conscience.

When reading the first story about the captain of the rebel tour, Lawrence Rowe, I was dumbfounded but unsure about him or what others did to him. I felt so sorry for him, but at the same time, I understand both have their own reasons and principles respectively. Somehow, I understand Rowe's resentment towards the governing board when English cricketers who went for the rebel tour were banned for only three years and were able to participate in the Caribbean tour. In contrast, the rebel team was banned for the rest of their lives (lifted in 1989). Even a reggae artist who performed in South Africa was subsequently awarded the Order of Merit in Jamaica. It appears there is a misalignment of principles, or I'm missing some key pieces that lead to that difference. I wonder how many worldwide cricketers who joined the rebel tour had apologised or if any governing boards had forced them to apologise for joining the tour? Suppose there is a punishment for what all those players did. In that case, the punishment should be standardised and consistent regardless of race and nationality.

As for Herbert Chang, the consequences of the rebel tour have deteriorated his mental health since then. No one knows this loner man was once a Test cricketer, and his welfare is no longer anyone's concern except his historic trip to South Africa. It's also appalling when reading about the life of Richard Austin, downward spiral to rock bottom. It was unlucky that he was born in the wrong environment and mixed in a bad circle of friends. I guess it's also difficult if he didn't help himself much despite everyone around him trying their best to pull him back on the right track. They have done what they could. Towards the end of his story, I wonder whether he is to be wholly blamed for his ruined life. Was the given support insufficient compared to the ostracisation and condemnation for his tour, which increased the burden on his self-destruction life? Or the offered assistance is too late to come? Is there any more that could have been done during those time? I don't have answers to all those questions. All I know is that I just read a tragic story of a talented cricketer who lost his battle to drugs and alcohol. I don't know why but I would feel more sympathetic to think in such a way than to blame the consequences of the rebel tour. Probably accepting being defeated by demons is easier than being unforgiven by one mistake. After all, not everyone has the strength to fight their inner demons and it is easier to accept than the causes of human acts.

"I cannot feed my family on principles."

I was fascinated with everyone's story in this book. At the same time, I felt sad reading it because the players have to live with the consequences for the rest of their lives. However, I found a happy ending story towards the end, which I probably liked the most despite its simplicity. Ray Wynter had a great life after the tour; the best thing is he helped his former teammates as much as possible. That was a feel-good story.

It's ironic when most of the participants for the rebel tour were forgotten heroes, some on the edge of being dropped or no longer in favour of being selected for the national team, and some were in a state of injury or fitness doubts. But when they joined the rebel tour, they were in a huge spotlight, and all their past achievements had been erased since that day.

It was mesmerising and intriguing to read. After reading this book, it changed my perspective about rebel tours, and a lot to ponder after that. I felt heart-wrenching by what they had to endure after the rebel tour, but at the same time, I can understand the people's rage towards them at that time. I think it's a significant opportunity for the players to tell their own version of the story and probably regain some understanding from the public about the reasons behind their decision.

A Woman Like Her: The Short Life of Qandeel Baloch by Sanam Maher

Haven't They Grown by Sophie Hannah